By Key Binary • Posted in News • No Comments
The British Pound is the world’s oldest standing currency. Its importance in the global trade is reiterated by the fact that it is the fourth most traded currency in the foreign exchange market and the third most held reserve currency globally. Some of the key events of 2016 that greatly impacted the GBP include the Brexit referendum, PM move to affirm hard Brexit and the decision by the US Federal Reserve to raise interest rates. According to an excerpt on Atozforex.com, the Sterling lost 1/5 of its value against 9 major global currencies in 2016. The drop followed a strong performance in 2015, when the pound gained ¾ over the other currencies. In spite of the poor run, the GBP made serious gains against smaller currencies such as the Egyptian Pound and Mozambique Metrical, gaining 106% and 23% respectively during the year.

The currency also made small gains against the Turkish Lira and stabilized compared to the Danish Kroner. On the overall, the GBP depreciated in value against 54 major currencies, 6 months prior the Brexit referendum held on 23rd June and then declined against 51 of these currencies in the wake of the long awaited referendum. Following the flustered run by the British Pound, holidaymakers were greatly affected because holiday destinations quickly became too more expensive to afford. On the positive side, expatriates working overseas recorded a rise in their foreign currency earnings; the move will go a long way to enhance their spending power once they land in the UK. Between December 2015 and December 2016, Lloyds Private Banking provided a comprehensive assessment of currencies that made the greatest gain against the British Pound.

These were Brazil Real (down 28.4%); Russia Rouble (down 28%); Iceland Krona (down 27.0%); Colombia Peso (down 25.8%) and Zambia Kwacha (down 25.6%). The other gainers in the top ten included South Africa Rand, Solomon Island Dollar, Canada Dollar, Indonesia Rupiah and Western Samoa Tala. In its assessment of the events, on 4th October 2016, The UK Guardian newspaper pointed that the pound had fallen to its lowest level in 31-years following the government decision to move the country into hard Brexit mode, a move that marked UK exit from the European Union. To demonstrate the discrepancy, on October 2015 the pound hovered at $1.55 and $1.27 a year later. Analysts hold the view that a 20% drop in the pound value against the dollar and a much larger slide against the Euro could actually boost exports and curtail the demand for expensive imports.

The foregoing will also lift manufacturing sales and ease the balance of payments deficit. Investors in the UK began selling the pound immediately after the country’s Prime Minister, Theresa May signaled that curtailing immigration was of more interest to the UK than staying in the EU’s single market. Her views were seen by investors as an indication that the country was pulling out of the EU tariff free zone. Some investors are also apprehensive by the decision to restrict immigration, saying the move will greatly restrain the growth of the GDP and deny British corporations the staff they need to grow. Curiously, the most prestigious UK market index, the FTSE 100 continued to make impressive runs. For some analysts, the rise in the stock market was a strong sign that most FTSE 100 firms received their revenues in dollar; thus a rise in the value of the dollar over the pound means more profits.

Some of the most heavily capitalized firms in the index include BHP Billiton, Anglo American, BP, Shell, and HSBC. These corporations straddle various sectors from mining to oil and finance. The other reasons advanced for the rise in the FTSE 100 stock index prices was a response to US central bank prevarication. The central bank has struggled to raise interest rates in spite of signaling that it would do that several times. It is widely believed that an increase in the interest rates by the US Federal Reserve from the current (0.5%) will push investors into shares in anticipation of high returns. Elsewhere, the European Central Bank, The Bank of England and The Bank of Japan have decided to maintain negative or 0 interest rates. 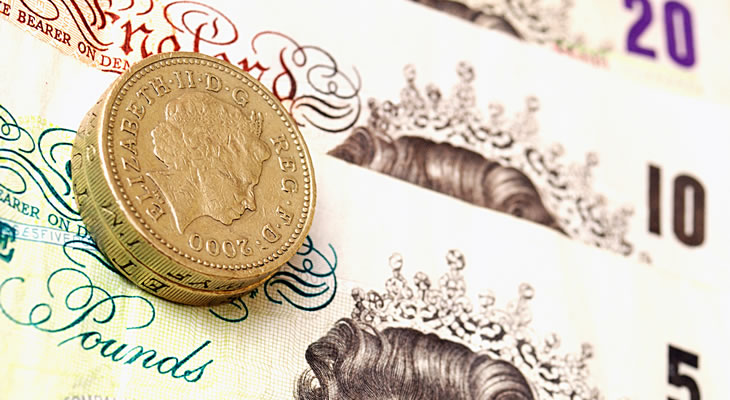