By Key Binary • Posted in News • No Comments
Facebook and Snapchat are two of the leading social networks online, with different services but similar sources of revenue. While Facebook is the more mature player in the market and has a stable user base and developed market share as well as a diverse product offering, Snapchat has greater appeal for younger users who are passionate for the brand. Both of these entities make the majority of their revenues through advertising though the trajectory of each company has been very different both in 2016 and beyond.

Facebook has been one of the leading networks will well over a billion users. Facebook had its initial public offering (IPO) back in May of 2012 and since then it has performed strongly more than quadrupling its IPO price. Many of the initial doubters of Facebook believed that Facebook would be unable to monetize their significant user base but they were able to put into place several initiatives to monetize them effectively and efficiently using e data that they have collected on users. This wealth of data allows advertisers to more effectively advertise to Facebook users which has led to a significant increase in their revenues.

In 2016, Facebook’s stock price soared increasing over 20% during the year, well over the average return for any index. Facebook continues to make notable acquisitions and has further integrated prior acquisitions like WhatsApp. Finally, the trajectory of Facebook looks ripe for further growth. In the advertising community, some analysts are indicating that 99% of the growth in digital advertising is captured by Google and Facebook. While this is almost certainly a fallacy, Facebook is successfully able to target and gain a significant amount of the digital advertising spending in the market due to the ability for brands to target certain segments of the market.

Snapchat, a social media platform with a focus on photos and unique photo sharing features, has emerged as a major competitor to Facebook. Since Snapchat first became publicly traded after their IPO in March 2017, their 2016 stock performance is not all that relevant. Further, the company spent much of their focus on their IPO and positioning of their brand. While Snapchat has been able to capture a growing number of users they have not been profitable to date, unlike Facebook. Post their March 2017 IPO, Snapchat has traded within a ten percent range from their IPO price.

Snapchat was able to add a significant number of users in 2016. At the beginning of the year Snapchat had about $130 million users and by the end of 2016 this number increased to over $160 million users, a notable increase of over twenty percent. If Snapchat is able to further monetize these users the company may be able to turn a profit. Further, a significant amount of Snapchat’s users are younger than Facebook’s, which may result in future revenue growth for the company.

Snapchat’s users are also devoted to the company and some are visiting the company’s properties an average of 18 times per user. This provides Snapchat with the ability to earn higher amounts of revenue from brands that are advertising to their users.

The Outlook for Digital Advertising

In 2016, for the first time, digital advertising became the largest segment of advertising, surpassing television. While Google and Facebook earn the lion’s share of this revenue, there are many opportunities for companies like Snapchat to capture additional market share. While much of the digital advertising world is in flux with a shift towards programmatic advertising, both Snapchat and Face appear to be primed to win in these marketplaces with their scope and hordes of users.

As such, while 2016 was a positive year for both Facebook and Snapchat, as evidenced through the rising stock price of Facebook and the ability to have a successful IPO by Snapchat, the future looks even brighter for both brands. There are rumors of a potential acquisition of Snapchat due to their continuing losses and depletions of cash, though these rumors may ultimately be unfounded. Regardless, many investors believe that there is signify growth potential for these entities despite the increased competition that they are facing in the market. 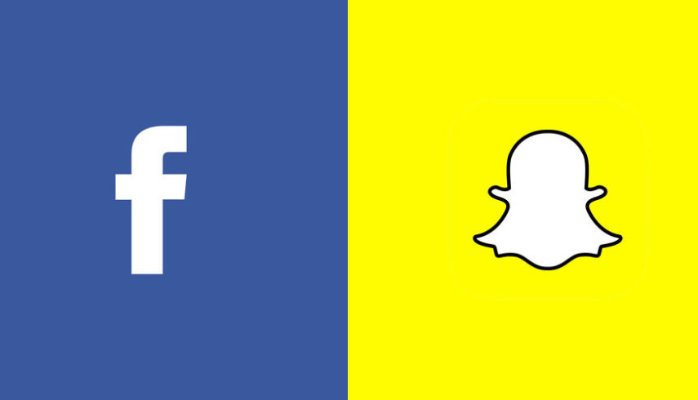